15 years ago, I joined the startup team of Teach First Deutschland, to bring more educational equality to the most underserved young people in Germany. I did not expect that 7 years later, back in Germany after years working in international development, I would join the founding board of a charter school startup in Berlin-Wedding. It was founded by Fiona El Kehal and Stefan Döring, two Teach First Deutschland alumni who believed that everyone should have the chance to graduate from school, regardless of their social and cultural background. So they started a school themselves. Eight years later, as I’m leaving the board after another move to the U.S., I’m reflecting on a few lessons from playing a small part in a successful startup that is now scaling its approach to other German states.

Lesson One: Focus on measuring and planning for impact early makes a difference

I met the two founders in early 2014 at the „impact lab“, a 8-month capacity-building course that I was teaching together with my fellow board member Susanna Krüger for senior leadership of nonprofit organizations. The two founders were among the participants. Over the course of these months, we developed an outcome framework that was focused on students’ wellbeing and educational outcomes at the same time.  What struck me was the intent they had to focus on impact measurement before the school was even in place. More importantly, the measurement system was integrated into the school operations early on, regularly tracking trust and wellbeing of students as a key management KPI to be reviewed with the board. This is something few schools in Germany manage to set up and publish in the same way (https://www.quinoa-bildung.de/wirkung/). Almost a decade later, you can still see this focus on impact and social return on investment in their annual reports. It became part of the culture of the school early and remained part of it until today. 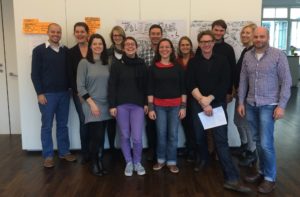 Lesson Two: Leadership transitions matter and it’s the board’s role to support them

It is common knowledge that managing founder-led CEO transitions can be challenging and I’ve been part of leadership transitions in organizations that were rocky and at times painful. At Quinoa, we worked hard as a board to ensure a smooth transition with our colleagues and the founding CEO Fiona El Kehal, who had worked tirelessly to get the school off the ground in the first few years. Fiona’s passion, energy, and discipline to keep the team going and the school funded and supported was instrumental to Quinoa’s early success. And we could not have been luckier to recruit and retain Ulrike Senff in 2017, who brought decades of experience in managing teams and building organizations to achieve outcomes for students. She has led a stunning increase of students served in the school while improving educational outcomes for children measurably every single year and through the pandemic. In 2022, Quinoa’s approach is going to be scaled in another location, with a new school starting in North-Rhine Westphalia.  As a CEO myself, I can only emphasize the importance of having supportive and engaged board members and a chair during a transition process. It may be behind the scenes and invisible to staff, but these countless hours of conversations and advice matter a great deal for organizations.

Lesson Three: Never lose the connection with the people you serve

Over the last decade, I’ve been in senior leadership roles in Save the Children and at Atlas Corps while serving as board member at Quinoa and other organizations. And my third and almost most important lesson is to ensure that you meet the people you serve on a regular basis and listen to them. At Quinoa, the highlights of my time as a board member were the annual team retreats that Susanna Krueger and I were invited to facilitate offsite outside of Berlin. To see the Quinoa team grow in experience and size while keeping the passion and commitment for underserved children and youth in Berlin was more than priceless. But the most important moments came from being with the Quinoa students in a classroom, answering their questions, and presenting about my international work for children. One time in 2019 when I returned from a work trip to Mosul and shared with the class how impressed I had been by the Iraqi girls and their hunger for education, two students at Quinoa raised their hands and shared that they had relatives in Iraq and that they travel there frequently. It reminds you over and over again how many cultural assets these young kids from every imaginable background bring to school every single day – and the resilience to keep showing up while their relatives live in conflict.

These are three of many lessons that I could list. More importantly, I want to express my gratitude to Fiona and Stefan, for believing that I could play a helpful role at the start and since then, to my fellow board members for many hours spent solving challenges and celebrating progress together, to Ulrike for leading the school from one success to another, the Quinoa team for its never-ending passion and commitment, and the parents, students and graduates of the school itself – for believing in us from the very beginning when all we could offer was our commitment to believe in them. Thank you! 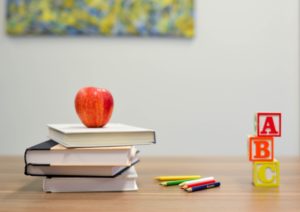 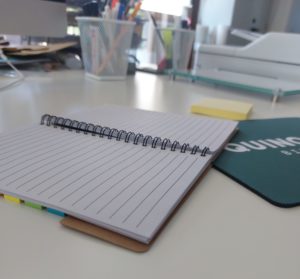 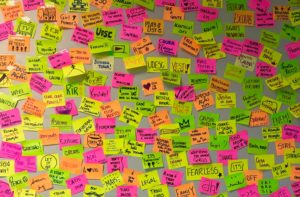 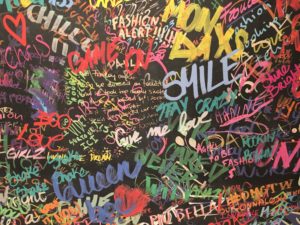 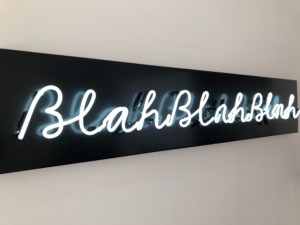